The technical aspects of openness are documented in our wiki section on Open Standards.

Tables from the "Openness as a Social Praxis" article 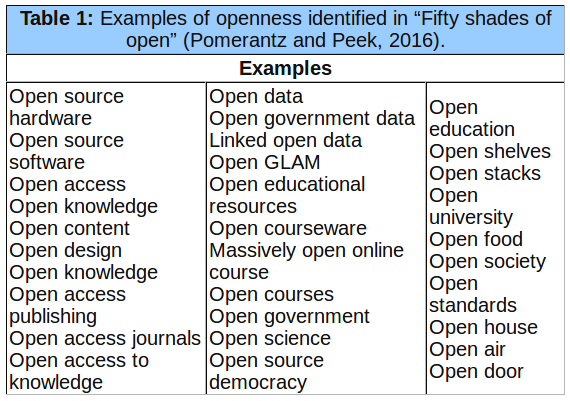 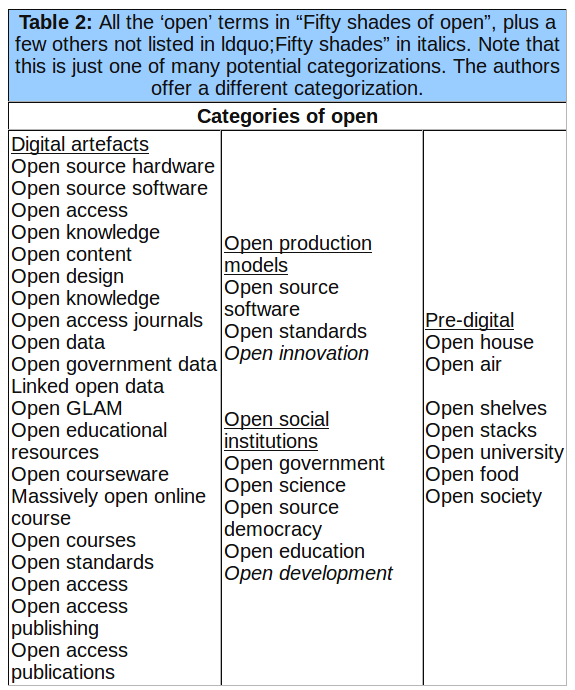 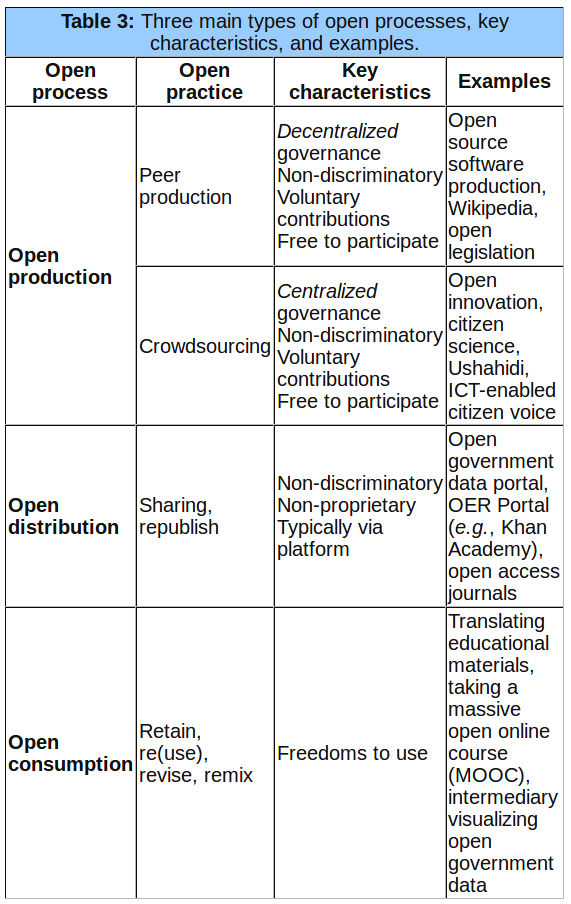 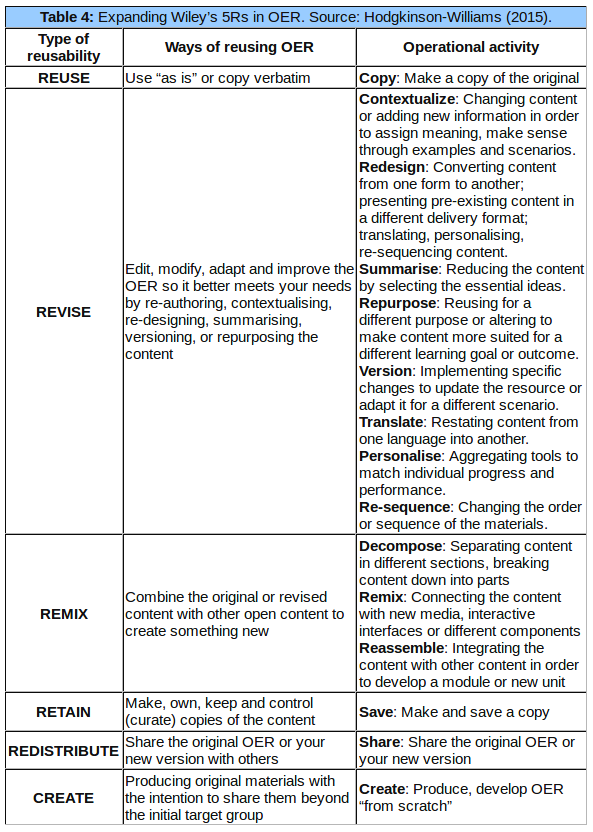 Open platforms have enormous value for society, which can be calculated: Quantifying the Value of Open Source Hardware Development