Commons Economics is, simply, economics that involves what we understand as Commons in one way or another. This has been a much neglected aspect of economics as taught in traditional business schools, which are often based on the assumptions of a capitalist economic system, and tends to ignore Commons, perhaps because they cannot be bought or sold. In contrast to neoclassical and neoliberal economics, Commons Economics doesn't start with the scarcity paradigm, but with maintaining and growing abundance through mutualization and sharing resources, and it looks systematically for win-win strategies.

To understand this, see:

Much of this material was originally brought together for a conference in Berlin in 2013, called ECC2013, the Economics of the Commons Conference.

Key Concepts of This Category

One key distinction is between digital commons and material commons. Much has been written about digital commons and the related economics. Digital, or intellectual, goods are by nature non-rival, and whether they are 'excludable' depends on Intellectual Property law. The commons movement is promoting various licenses to facilitate the sharing of knowledge, see for example: the Creative Commons licences; Copyleft, Copyfarleft and Copyfair.

An important distinction is between Rival vs Non Rival Goods (alternatively, "rivalrous").

At the P2P Foundation, we see an evolution from the original natural resource commons, as described by Elinor Ostrom, to digital and knowledge commons, via urban commons that mutualize shared resources for urban citizens, and towards an emergent productive commons, which we call Cosmo-Localism or Cosmo-Localization. See our summary at: History and Evolution of the Commons.

Like the P2P Foundation, some authors see Commons Economics as some kind of evolutionary development forward from capitalist economics, towards post-capitalist economics. Among these, notably, is Kojin Karatani, spelling out the Evolution of the Modes of Exchange.

In practical terms, we see this expressing itself in the need for Cosmo-Localization, i.e. a model of collaborative production that combines the subsidiarity of material production (pragmatic localization), ecological sustainability (producing within planetary boundaries), and social equity.

See for example, the emerging model of Multifactory Models for the Community Economy.

Material by the P2P Foundation

"to-do-list that data & information needs to contribute to:" 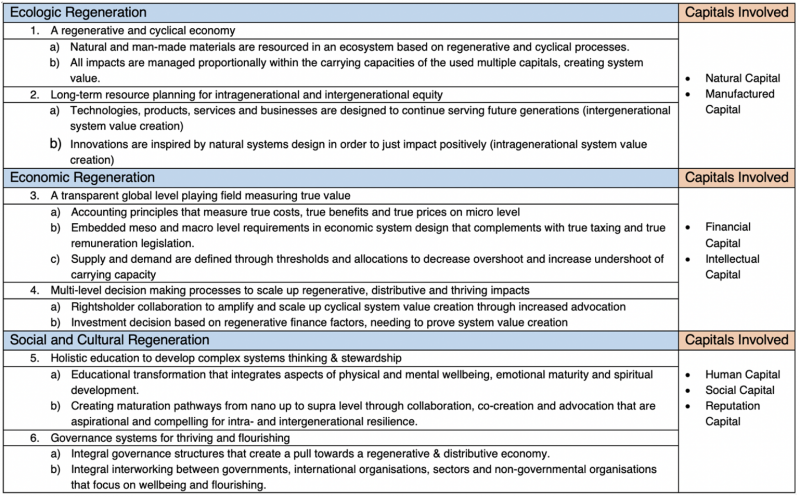