Items to understand hierarchical vs non-hierarchical relations, from a 'p2p' point of view.

To understand power and hierarchy in its historical development, there are at least the following perspectives that can be helpful:

The Evolution of Hierarchy in the P2P Era

"1. There seem to be at least four degrees of cultural development, rooted in degrees of moral insight:

(1) autocratic cultures which define rights in a limited and oppressive way and there are no rights of political participation;

(2) narrow democratic cultures which practice political participation through representation, but have no or very limited participation of people in decision-making in all other realms, such as research, religion, education, industry etc.;

(3) wider democratic cultures which practice both political participation and varying degree of wider kinds of participation;

(4) commons p2p cultures in a libertarian and abundance-oriented global network with equipotential rights of participation of everyone in every field of human endeavor.”

(2) Hierarchy empowers a measure of co-operation and autonomy in the political sphere only;

(3) Hierarchy empowers a measure of co-operation and autonomy in the political sphere and in varying degrees in other spheres;

(4) The sole role of hierarchy is in its spontaneous emergence in the initiation and continuous flowering of autonomy-in-co-operation in all spheres of human endeavor."

"In a participatory universe, there are five basic forms of influence

"What kind of knowledge is valuable

Such flowering is constructed as an enabling balance, within and between, people of

- HIERARCHY provides appropriate direction by those with greater vision, skill, and experience; it is authentic when it seeks the developmental emergence of autonomy and cooperation in those that are being directed. It's shadow is AUTHORITARIANISM

- COOPERATION roots the individual within a community of peers, offering basic support and the creative and corrective feedback of other views and possibilities. Its shadow is PEER PRESSURE and conformity.

- AUTONOMY expresses the creative, self-creating, and self-transfiguring potential of the person. It's shadow is NARCISSISM, willfullness and isolation."

(from the book, Sacred Science)

This idea that “everyone follows and everyone leads” is powerful because it captures the understanding that we are co-producers of our social realities. It is a reflection of the systemic nature of human relations: fluid, dynamic, reciprocal.

The Context of Inter-Being

"The new science keeps reminding us that in this participative universe, nothing lives alone. Everything comes into form because of relationship. We are constantly called into relationship — to information, people, events, ideas, and life. Even reality is created through our participation in relationships. We chose what we notice; we relate to certain things and ignore others. Through these chosen relationships we co-create our world. If we are interested in effecting change, it is crucial to remember that we are working within webs of relations, not with machines.

With the advent of the P2P Mode of Production, the community and its common is now the appropriate scale

"We’re seeing something that is historically shocking—the reduction to zero of the cost of an especially valuable part of capital, which materializes directly knowledge (free software, free designs, etc.). And above all we see, almost day by day, how the optimum size of production, sector by sector, approaches or reaches the community dimension.

The possibility for the real community, the one based on interpersonal relationships and affections, to be an efficient productive unit is something radically new, and its potential to empower is far from having been developed. This means that we are lucky enough to live in a historical moment when it would seem that the whole history of technology, with all its social and political challenges, has coalesced to put us within reach of the possibility of developing ourselves in a new way and contributing autonomy to our community.

Today we have an opportunity that previous generations did not: to transform production into something done, and enjoyed, among peers. We can make work a time that is not walled off from life itself, which capitalism revealingly calls “time off.” That’s the ultimate meaning of producing in common today. That’s the immediate course of every emancipatory action. The starting point."

Three Principles of Domination, One Principle of Emancipation

""In actuality, all principles are always in play. There is no domina­tion without exploitation and organisation. But their relative importance varies with the period under consideration. Under the principle of domination, the master denies his slaves an existence which would limit his own. Under the principle of exploitation, the boss grants his workers that degree of existence which fattens and develops his own. The principle of organisation breaks individual existences down into fractions, classifying them according to degrees in each's capacity for leadership or administration. Domination is a right, exploitation a contract, and organisation an ordering of things. The tyrant dominates according to his will to power; the capitalist exploits according to the laws of profit; the organiser programmes and is programmed. The first appeals to arbitrariness, the second to justice, the third to rationality and objectivity."

According to Thorsten Wiesmann, four principles are at play [6]:

"Each techno-economic paradigm (TEP) is based on a constellation of innovations, both technical and organizational, which are the driving force behind economic development. (...) In this neoliberal format, which became dominant after 1980 before the emergence of civic peer networks on the eve of the 21st century, the part of labor became stagnant and most of the value was streamed toward financial capital. The credit system developed into an increasingly important means to maintain the fictitious buying power of consumers and, therefore, the primary means of surplus realization through debt dependency and servicing. We argue that this value model of traditional proprietary capitalism, dominant in the installation period of the current TEP, is approaching its terminal point. Its inherent unsustainability is manifested in a twofold problem. On the one hand, industrial capitalism considers nature to be a perpetually abundant resource; that is, it is based on a false notion of material abundance in a finite world. On the other hand, the traditional, industrial version of cognitive capitalism enforces the idea that intellectual, scientific and technical exchange should be subject to strong proprietary constraints. In that way, an artificial scarcity of knowledge is created, subjecting innovation to legal restrictions and allowing for profit maximization and, hence, capital accumulation. (...) The P2P infrastructures, such as the Internet, are those infrastructures for communication, cooperation and common value creation that allow for permission-less interlinking of human cooperators and their technological aids. We argue that such infrastructures are becoming the general conditions of work, life and society. (...) „Value regimes are more or less associated with technology regimes, since the forces at play want to protect their interests through the control of technological and media platforms, which encourage certain behaviors and logics, but discourage others. The powers over technological protocols and value-driven design decisions are used to create technological platforms that match proprietary interests. Even as P2P technologies and networks are becoming ubiquitous, ostensibly similar P2P technologies have very different characteristics which lead to different models of value creation and distribution, and thus to different social and technological behaviors. In networks, human behavior can be subtly – or not so subtly – influenced by design decisions and invisible protocols created in the interest of the owners or managers of the platforms.“

- Kostakis/Bauwens in Network Society and Future Scenarios for a Collaborative Economy ; [7]

"Enspiral is no ordinary environment to have a leadership position in. We are collaboratively prototyping a system of work designed to enable people to focus their energies on what is most meaningful to them and in line with this we have a pretty un-traditional org structure. Enspiral is strictly non-hierarchical which means that leadership positions come with no authority attached. No one in the network has a right to tell anyone else what to do, so making any organisational developments requires a lot of social manoeuvring — building credibility and collective motivation behind your initiatives. While outside the core the system looks pretty stable, the closer you get to the middle the more you see that the organisation is changing and evolving every day. You can’t take a lot for granted as being fixed in place. So contextual knowledge is something that needs to be continuously updated. An added challenge to this is much of what is evolving in the organisation isn’t documented — a lot of it happens informally. Making sense of it all enough to direct our efforts intelligently takes up a lot of cognitive real estate."

Three Ways of Getting Things Done

“There are three ways of getting things done in organizations and the combination of the three is called triarchy, which means triple rule. The Three Ways of Getting Things Done: Hierarchy, Heterarchy and Responsible Autonomy in Organizations.When I was young I thought hierarchy was the only way to run organizations. Although in those days I'd barely heard of the great sociologist Max Weber, I unknowingly shared his belief that an organization couldn't exist without a hierarchical chain of authority. Now, after over fifty years working in organizations of many different kinds, I've come to realise there are two other, equally important, ways of getting things done and that it's vital for us to understand these other ways. We also need to understand why hierarchy always seems to trump the others.”

"No matter how promising the design of a new system might be, it would be unreasonable to expect that a nation would abruptly drop an existing system in favor of a new one. Nevertheless, a viable, even attractive strategy exists by which new systems could be successfully researched, developed, tested, and implemented. I call it engage global, test local, spread viral.

Engage global means to engage the global academic community and technical sector, in partnership with other segments of society, in a well-defined R&D program aimed at computer simulation and scientific field testing of new systems and benchmarking of results. In this way, the most profound insights of science can be brought into play.

Spread viral means that if a system shows clear benefits in one location (elimination of poverty, for example, more meaningful jobs, or less crime) it would likely spread horizontally, even virally, to other local areas. This approach would create a global network of communities and cities that cooperate in trade, education, the setup of new systems, and other matters. Over time, its impact on all segments of society would grow.

Cities, big and small, are the legs upon which all national systems rest. Already cities and their communities are hubs for innovation. With some further encouragement and support, and the right tools and programs, they could become more resilient and robust, and bigger heroes in the coming great transition." (https://medium.com/@JohnBoik/an-economy-of-meaning-or-bust-2aa46457b649#.1i09j8lv3)

The Lean Society cannot be large-scale

Controls on any phenomena come from the next larger scale

"In this book we recognize the way the important controls on any phenomena come from the next larger scale, determining the main cycles of growth, turndown, catastrophes, and regimes of energy and material to which society must fit. This is a type of scientific determinism. The paradox is that most scientists restrict their deterministic beliefs to the realms of their specialties. When it comes to society and politics, many [scientists] share the public’s view and deny that large-scale principles control phenomena. ... The general systems view is that the larger-scale pattern selects what is workable from the trials and errors of the smaller scale. The regime prevails because it maximizes the performance possible for those conditions (p.6)." 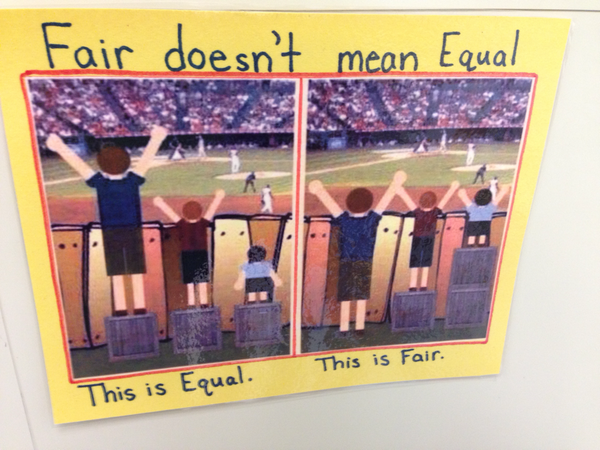 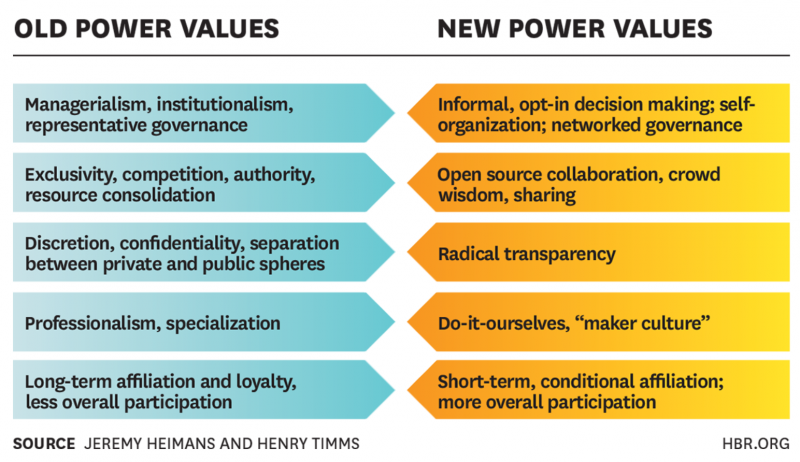 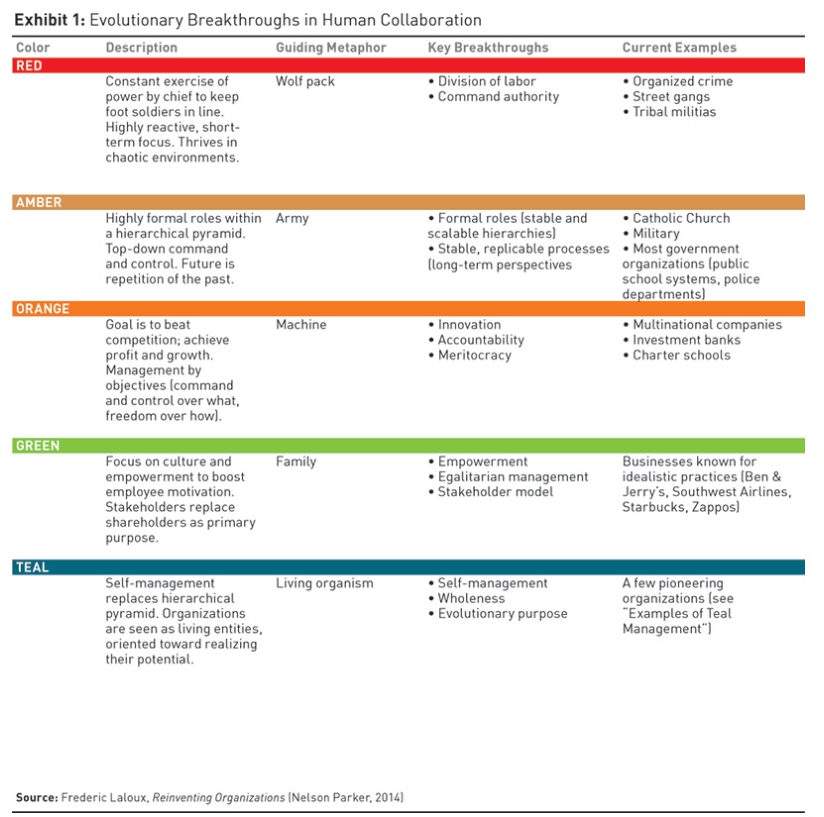