= this section is dedicated to the development of Commonfare, "a participatory form of welfare provision based on collaboration among people".

[1]. How do we evolve towars "relations of open reciprocity, communal sharing, gift-giving and voluntary collaboration allowed value to circulate in its unalienated forms, including labor power, political expression and interspecies ecological exchanges". [2]

Worthy of attention and support

"Solutions start where all fundamental change comes from—which is in communities and from the bottom up. This has been the case with large order change in both the UK and in my own country, the United States. Back home, we call it the laboratories of democracy. As the Great Depression took hold in America in 1929, the levels of pain across the country grew. But the ideology of the then federal government was that the government should do nothing to address the growing depression, that the market would correct itself. And so, in community after community people took history into their own hands and began to address their problems themselves. New approaches were devised that could eventually be lifted up and scaled. America’s primary social safety net, the Social Security System, began in small Alaska and California communities as people grappled with their challenges. When the politics changed nationally, when the Roosevelt administration came into power, and the New Deal began, these small models were lifted up into a comprehensive system of national support. Here in Britain there is a similar experience. When Bevan launched the NHS in 1948, he drew his inspiration from the Tredegar Medical Aid Society, a community based model in South Wales that began in 1890. This small Welsh experiment was scaled up into one of the great health systems of the world." (https://democracycollaborative.org/content/democracy-collaborative-joins-jeremy-corbyns-new-community-wealth-building-unit-advisors)

Pat Conaty: "We need to be aware that public services as we know them had their origins in pioneering class struggles by commoners that developed the fundamental social economic innovations." 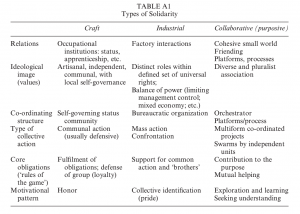