"Peer to peer social processes are bottom-up processes whereby agents in a distributed network can freely engage in common pursuits, without external coercion. It is important to realize that distributed systems differ from decentralized systems, essentially because in the latter, the hubs are obligatory, while in the former, they are the result of voluntary choices. Distributed networks do have constraints, internal coercion, that are the conditions for the group to operate, and they may be embedded in the technical infrastructure, the social norms, or legal rules.

1) Peer Production: wherever a group of peers decided to engage in the production of a common resource

2) Peer Governance: the means they choose to govern themselves while they engage in such pursuit

3) Peer Property: the institutional and legal framework they choose to guard against the private appropriation of this common work; this usually takes the form of non-exclusionary forms of universal common property"

The approach of the P2P Foundation

1. There seem to be at least four degrees of cultural development, rooted in degrees of moral insight:

A proposed institutional framework for governing the commons at all scales

Characteristics of the Blockchain that favor Commons-Based Governance

"Six affordances (Hutchby, 2001), which constitute functional and relational aspects that frame the potentialities of self-organized collectives for agentic action, with regards to blockchain-based tools for commons governance (Rozas et al., 2021b, 8–20):

I. Tokenization: refers to the process of transforming the rights to perform an action on an asset into a transferable data element, a token, on the blockchain.

II. Self-enforcement and formalization of rules: refer to the process of embedding organizational rules in the form of smart contracts. As a result, firstly, there is an affordance for the self-enforcement of communitarian rules, such as those which regulate the monitoring and graduated sanctions in these communities. Secondly, this encoding of rules implies explicitation, since blockchain technologies require these rules to be defined in ways that are unambiguously understood by machines.

III. Autonomous automatization: refers to the process of defining complex sets of smart contracts as DAOs, which may enable multiple parties to interact with each other, even without human interaction. This is partially analogous to software communicating with other software today, but in a decentralized manner, and with higher degrees of software autonomy.

V. Increasing transparency: refers to the process of opening the organizational processes and the associated data by relying on the persistence and immutability properties of blockchain technologies.

VI. Codification of trust: refers to the process of codifying a certain degree of trust into systems which facilitate agreements between agents without requiring a third party, such as the federal agreements which might be established among different groups that form part of such communities.

"When governance power is determined purely by capital, decision making is centralised, and the rich get richer. Those who aren’t whales are poorly represented in governance decisions, and there is no way to hold important stakeholders accountable to the desires of the broader community, or the past expectations they have bought into.

On the flip side, attracting capital is critical to the success and sustainability of tokenised communities. Decisions backed by skin-in-the-game are key to ensuring that those who don’t have any interest in the long-term success of a community can’t unduly influence how resources are allocated, and/or which policies are enacted.

So how do we balance these opposing forces, and create a more effective and aligned community?"

"Participants to open “organizations” should learn to swap the order of events: from “membership then participation” to “participation then membership”. This mental shift is probably the hardest and most important one, as it is the only way in which open “organizations” will be able to grow. Binary membership structures and its impact on our activities is so common and widespread that is even hard to notice, but it is around most of the things that we do. From learning at school to working at a company or participating in our local or national communities. In almost all occasions the order is clear: first you become a member of one organization (with an associated role), then you start interacting with it." 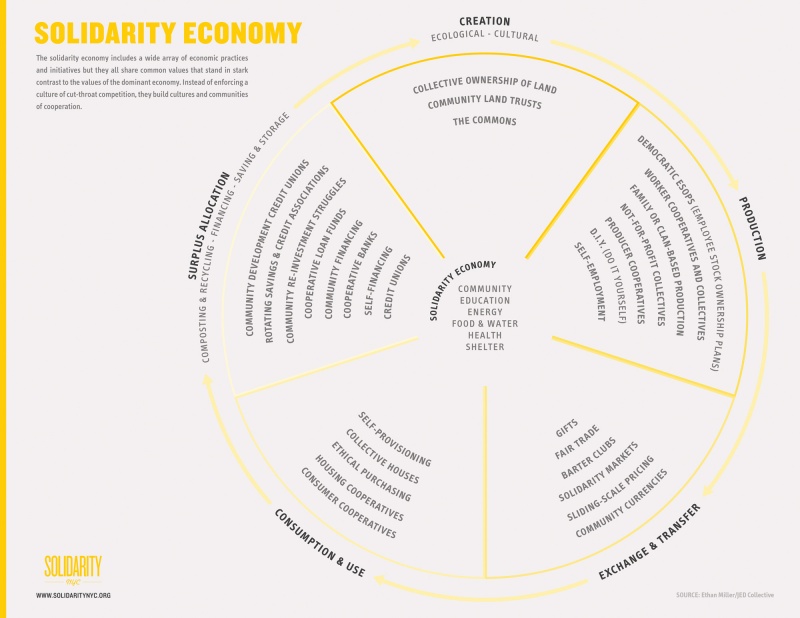