Role of the Commons in Civilizational Transitions

= Content of slides for lecture: “The Role of the Commons in Civilizational Transitions” delivered by Michel Bauwens, P2P Foundation, September 2022, at Uppsala University 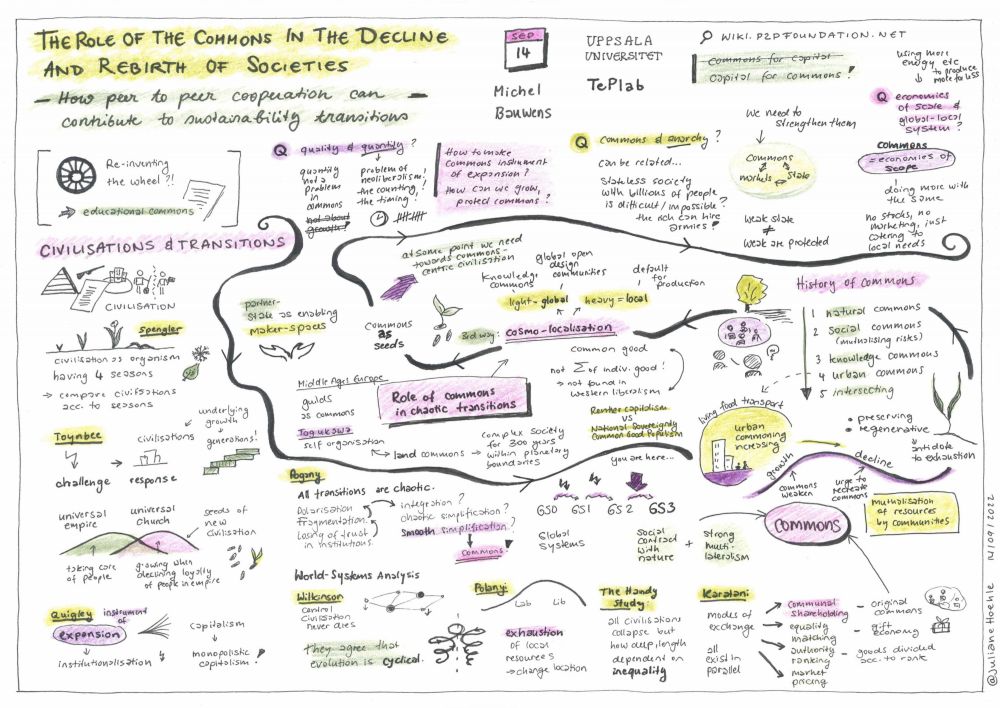 World-Systems Analysis: Wallerstein and after

“ There are four kinds of spirits, and they originate in the four modes of exchange A, B, C, and D, respectively. Spirits, in other words, are the powers that compel people. Understanding these spirits is essential.”

Part 2: The role of the commons

P2P Foundation Update: : The Pulsation of the Commons

“Japan’s Tokugawan period, between 1600 and 1868, was one of relative peace, prosperity and strikingly unusual population stability. From a carrying capacity perspective, this period highlights one potential ideal; reflecting a societal system that was both resource self-sufficient and well aware of its population limits.”

The Past, Present and Future Role of the Commons