A superordinate goal is something that is big enough and compelling enough to aid individuals and groups overlook personal differences in order to achieve something significantly beyond their current reach, something that cannot be privately held by any of the members, and is instead closer in nature to a Commons.

Anatomy of a Superordinate Goal

It might be easy as first hand to dismiss superordinate goals as a simple trick of psychology. Superordinate goals, however, are one of the most important components of P2P networks and the secret behind their productivity. 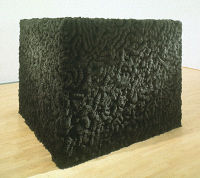 In P2P systems the rights, responsibilities, actions, and voluntary participation of the individual are of absolute primacy. There is no other king before the participant, and only peers as far as the eye can see. Some peers may be more deft at this, or more daft in that, but they are peers, and a P2P system or participant compels no action. No participant need ever submit, even in the face of meritocratic superiority.

So, a superordinate goal is like a tuning fork in a P2P system, already awash with heightened individual agency. Imagine a magnet in a pile of loose iron filings. A goal, a superordinate goal, like the pole of the magnet. It serves as a lodestone, a place for people to look; when they look they build their own impression and ideation around the goal. Peers construct their own pathway to reach the goal in their minds. The peer compares this pathway with the route they were already taking and assesses what, if any, deviation would be required to accomplish the goal, and whether the product of participation will help them to reach their goals.

Superordinate goals are the very definition of overlooking personal conflicts in order to achieve something greater.

Superordinate goals are easily constructed once their anatomy is understood. In a given setting a group of people will agree to work towards that superordinate goal once it becomes compelling enough. It could be said that any given group of people is capable of working towards something together, however small that goal may be. The capacity to work towards a goal that is beyond one's own ability to master is like a muscle; when exercised regularly the capacity grows, and greater rewards can be had.

The metaphor of the magnet can be extended here. In any Commons-Based project the magnet is the ever increasing utility of the Commons. Peers line up to maximize and extend the utility.

The communication of goals is a key element of P2P networks. When a group of peers is aggregating under the auspices of self-organization it is implicit that individuals will be taking it upon themselves to broadcast their intentions to the rest of the network. P2P networks usually provide a way for peers to aggregate interest in their proposal over time so as to gauge the reception of their interest. The aggregation of interest and feedback allows the author to communicate with individuals whose goals are closer to his own, and who are better able to provide relevant information as well as the potential for real collaboration on the project itself.

Superordinate goals are an integral component of participatory systems that rely on voluntary cooperation. The examples listed below assume a voluntary system, and are not meant to be exhaustive or entirely convincing because it is assumed that a group of people are creating, evaluating, and discarding the goals as necessary. In a voluntary world the occupation of evaluating potential goals is a large part of our high level cognitive activities. These examples show explicitly the difference in scale for a superordinate goal. For that reason these goals may seem a bit implausible, but that doesn't negate their validity as superordinate goals; it merely points to their current relevancy.

Many P2P Commons based networks owe their success to the fact that daily tasks are numerous and easy to accomplish while still being immediately relevant to the superordinate goals that insure the long term security of the utility of the Commons around which the community is organized.

In the context of a food cooperative normal activities might be stopping by the market twice weekly to purchase tomatoes or volunteering a few hours a month. In the context of the Tomato Commons, which has a different vision than the Red Tomato Food Cooperative, daily tasks run the gamut from research on tomato cropping to the creation of code for their software package. In each case the goals and tasks are aligned to the goals and construction of the organization.