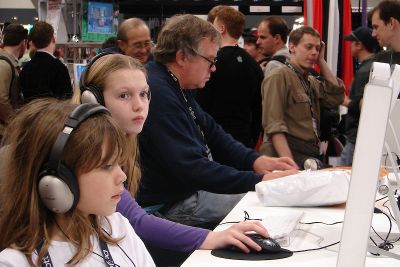 The changes brought about by the networked information economy have great implications not only on the economy but also on the individual and society as a whole. Here is why they are to be welcomed.

In the industrial information economy work was organized hierarchically: workers had to do what their boss told them to, whereas in the networked information economy they can work more autonomously and often choose what task to address themselves. If they feel the need for something, they may well be able to do it themselves. (Raymond coined the phrase: "Every good work of software starts by scratching a developer's personal itch."[1]) With lots of information and tools to produce information right at their hands, it has become much more feasible for the individual to get a task done at his own account. On the other hand, as there are millions of people connected to the internet, the chance of finding someone trying to solve the same problem is also much higher. So it is also much easier to find likeminded people and start a collaborative effort to get the task done. The passive consumers of the industrial information economy are changing to active participants and producers of the networked information economy. Individuals can do more for and by themselves, alone, or in loose collaboration with others.[2] They become more critical consumers as they understand the process of information production better and doing things themselves come to understand the workings of media better. The transparency of internet culture leads to a more self-conscious and critical discourse about the culture we inhabit.

With much unfiltered information easily accessible on the internet, individuals have a greater foundation of knowledge from various sources available to base their decisions on. If for example uncertain what product to buy, it is easy to compare various competing products by prices and quality. A wide range of critical opinions may lead an individual to consider possibilities to shape their lives never thought of before. This increases individual autonomy and individual freedom.

Media play a big role in how liberal democratic societies reach their decisions and how public opinion is formed. The economics of the industrial information economy led to the concentration of the mass media and control over public opinion. (Chapter 2.1) Even mass media like the BBC that are state-financed and don't depend on advertising revenue still tend to have a rather limited intake compared to the 'new media' emerging on the internet. Whereas the old media enabled only one-to-many broadcasts, on the internet everybody gets to talk to everybody else. Today, everyone who wants to voice something can do so.

On millions of blogs (web-logs or journals) people write regularly about specific topics of their interest like food, politics, or music, or just use the platform as an online diary. An important part of most blogs are comments that usually follow the original post and can be written by everyone visiting the page, leading often to discussions. Many blogs interlink heavily with blogs covering the same or similar topics. Links are more often found to blogs with similar opinions, but also opposing opinions are often cited. The community of all blogs is called blogosphere. There are not only text blogs but also photoblogs, videoblogs (vlog) and podcasts (iPod+broadcast) that are audible episodes that can be listened on a computer or transfered to a portable music player. However, blogs are not the only means ordinary people are using to take over the function of the mass media. E-mails, mailing lists, web pages or collaborative content production systems like wikis (as Wikipedia is one) provide for new ways of news and information to flow. The same goes for mobile phones with their text messaging capabilities and integrated cameras. Protest and boycott actions can be easier organized and people are able to check out original sources of information that are spread or linked to, rather than having to trust established news media like the New York Times for facts.

People are thus empowered through technology. However, there have also been critiques to the claim that the internet has democratizing effects. It was said that in this flood of information only a few top-sites with high advertising revenues would stick out, because nobody would find or bother to check out the many small specialised sites theoretically available, and thus the internet would reproduce the topology of the mass media. The other critique, aiming in the opposite direction, was that the many small sites would lead to a fragmentation of discourse and public opinion where people hyped each other up in small groups which would lead to polarization in the end. As it turns out, both critiques were wrong. The internet is neither too concentrated nor too chaotic and fragmented.[3] While it's true that overall only very few sites on the world wide web have huge amounts of incoming links and most sites are not heavily linked to, sites form hundreds of small clusters that are each strongly interconnected. New information is often brought to light by small websites and then, if found noteworthy, adopted by bigger sites in the same cluster. These bigger sites in turn are being looked at by more people and if the story is good enough it is adopted again by a site even bigger. Following these routes of clusters, important information flows up its way to the top-sites. The web has thus developed an intrinsic filtering mechanism that is a peer production in itself.

While professional journalists might still have a resource advantage in deeply investigative journalism, the internet provides for a much more participatory public sphere where everyone has the chance to be heard and the networked information economy is able to peer produce the watchdog function more effectively than old mainstream media could.[4] The internet is also far more difficult to control, for example by authoritarian regimes. And if something has once been posted on the internet the genie is out of the bottle and can't be put back again. 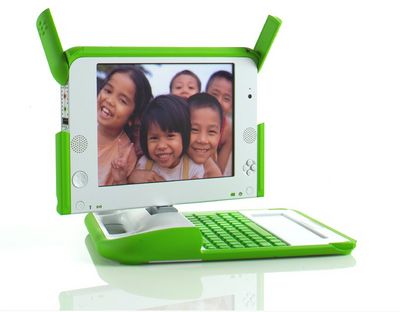 A prototype of the One Laptop per Child program which aims to develop an inexpensive GNU/Linux-powered laptop for children.

Obviously, to benefit from the workings described above, people need to have access to information and communication technology. In the economically more advanced countries this concerns mostly the poorer part of the population. But there is also a global digital divide between the economically more and less developed countries of the world. In large parts of Africa there is neither internet access nor do the people have computers. However, mobile phones are more broadly used there. Specific initiatives, like MIT's One Laptop per Child program which aims to manufacture a small and inexpensive laptop with ad-hoc networking capabilities for children around the world, as well as generally declining hardware costs and satellite instead of landline connectivity help bridging the digital divide. It is hoped that the global penetration of information and communication technology will soon be much higher.

When the material foundations are broadly established, free content and free and open source software come to play an even bigger role in enabling development - globally, and even for the poorer people in industrialized nations.[5] The system of property is based on an asymmetrical distribution of goods, resulting in trade and a market. It is one system to organize and distribute scarce resources. Information on the other hand isn't scarce by nature as it is nonrival, but only rendered scarce by exclusive rights. The more information is freely available, the more justly human knowledge is distributed. Individuals are empowered instead of being restrained by the imposed scarcity of informational resources which they need to realize their plans.

Access to existing information is crucial for marginalized countries to catch up. With free content, developing nations can make existing knowledge their own and bring up an industry around it themselves, as already seen with free software, rather than being dependent on foreign companies once more. Unfortunately, the USA and the EU are pushing for ever stronger 'intellectual property' laws internally as well as in the World Trade Organization (WTO), and developing nations don't have much power to oppose this trend.