Difference between revisions of "Category:Open"

This project was initially inspired by the Open Everything project started by Mark Surman, David Eaves and friends.

Below is a depiction of a simplified view of Open Everything at the strategic level. Our early focus is on the Open Source Tri-Fecta, the needed combination of Open Source Software, Open Spectrum, and Open Source Intelligence. 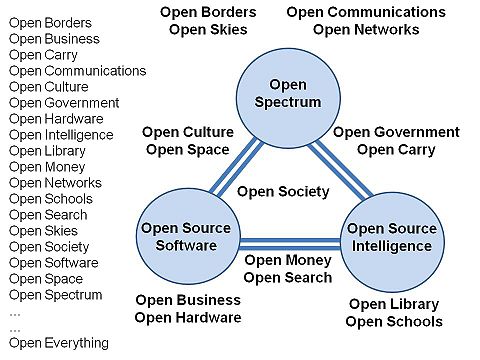 Mark Surman on a Free and Open Future