It is dedicated to the memory of Gerard Fairtlough (author of a book on Triarchy, and advocate of Responsible Autonomy), who passed away on December 20, 2007. 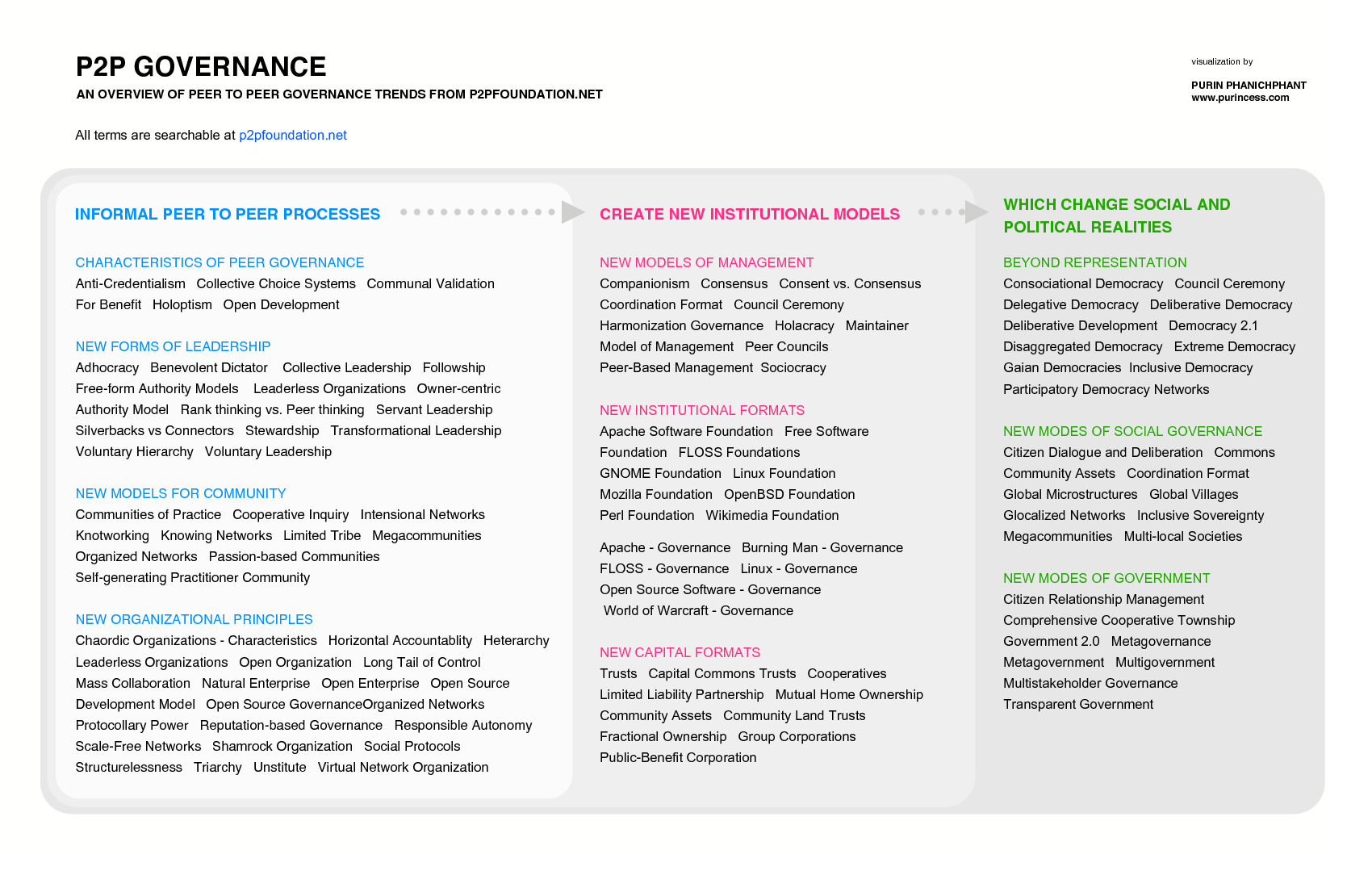 Read his summary: A Spectrum of Politics and Governance Grounded in Empowered Citizen Dialogue and Deliberation, [11]

There is an extraordinary collection of concrete research on the governance of peer production communities (Debian, Apache), accessible from here [12], which leads to two seminar pages here [13] and here [14]. If you know French, this is highly recommended.