Difference between revisions of "Localization" 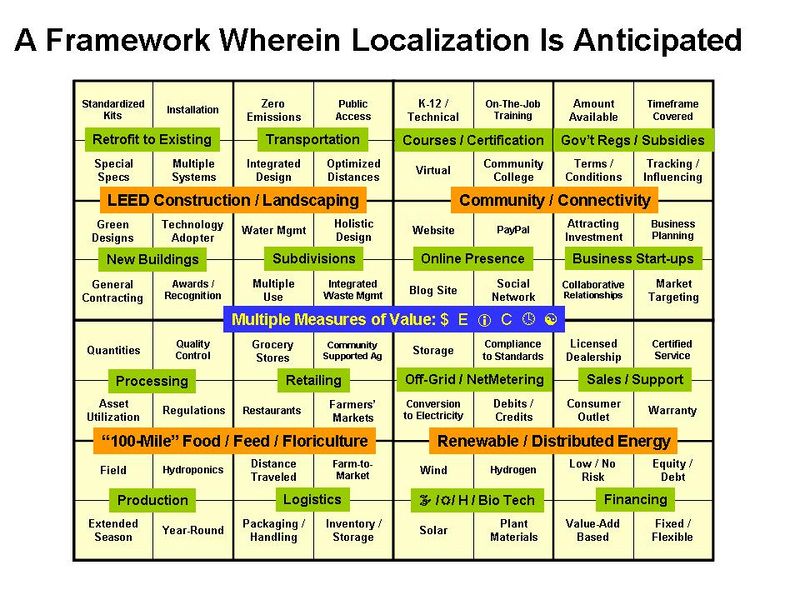 "Although oil prices are at historic lows at the time of this writing, this is fully consistent with the Peak Oil thesis. Peak Oil simply states that oil extraction has peaked or is about to do so. Since we're pumping as much oil out of the ground as we ever will, and the rate of extraction will slowly and steadily decline, supply cannot increase in response to price. So price is determined entirely by fluctuations in demand--a phenomenon that our Georgist friends are familiar with in real estate. When demand rises to previous levels, price will spike even higher. And while prices may be extremely volatile, the spikes will become progressively higher over time. When oil spiked at $130/barrel last summer, the airlines were on the verge of shutting down a fifth of their routes and some truckers talked about simply abandoning their rigs on the shoulder and walking away. When fuel is over $12/gallon, as it likely will be in a few more years, air freight and trucking will likely be a thing of the past, and the limited capacity of railroads will be limited mainly to value-dense cargos that can't be produced locally. Anything that can be produced locally, will be." (http://c4ss.org/wp-content/uploads/2009/01/industrialpolicycarson0109.pdf)