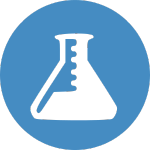 A definition of digital commons as "as an information and knowledge resources that are collectively created and owned or shared between or among a community and that tend to be non-exclusivedible, that is, be (generally freely) available to third parties. Thus, they are oriented to favor use and reuse, rather than to exchange as a commodity. Additionally, the community of people building them can intervene in the governing of their interaction processes and of their shared resources".Mayo Fuster Morell http://www.onlinecreation.info/outline_design