From P2P Foundation
(Redirected from User:Mbauwens)
Jump to navigation Jump to search 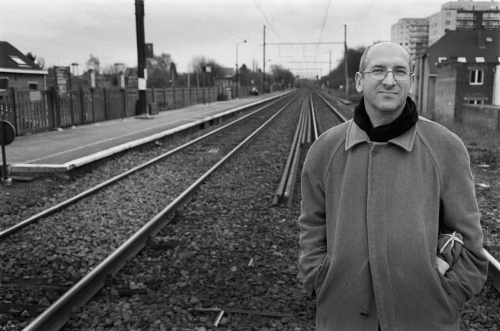 As of 2007, Michel Bauwens is the founder of the Foundation for Peer-to-Peer Alternatives and works in collaboration with a global group of researchers in the exploration of peer production, governance, and property. He also co-founded the the Commons Strategies Group ( http://p2pfoundation.net/Berlin_Commons_Conference ). He is listed at #82, on the Post-Carbon Institute (En)Rich list, http://enrichlist.org/the-list/) for his contributions to positive social change.

Michel has taught on technology and related topics at St. Louis, Brussels, Payap University, Chiang Mai, and Dhurakit Pandit University, Bangkok; he has been Primavera Research Fellow at the University of Amsterdam; and external expert at the Pontifical Academy of Social Sciences (2008, 2012) (http://www.pass.va/content/scienzesociali/en.html). Michel Bauwens has advised the Board of the Union of International Associations (Brussels), Shareable magazine (San Francisco), the Zumbara Time Bank (Istanbul) and ShareLex (France); the "Association Les Rencontres du Mont-Blanc, Forum International des Dirigeants de l’Economie Sociale et Solidaire" (2013-). He was nominated as the Chair of the Technology/ICT working group, Hangwa Forum (Beijing, Sichuan), in charge of distributed manufacturing. He has been editor in chief of the magazine Wave, has written editorials for Al Jazeera English, articles for Shareable, along with peer-reviewed articles for scientific journals. He has co-produced the 3-hour TV documentary Technocalyps, with Frank Theys. Michel has written several books in Dutch, French, and English, such as Peer to Peer, the Commons Manifesto.

In the 1990s, after a first nine year stint as analyst for USIA, Michel worked as strategic knowledge manager for British Petroleum, editor in chief for riverland Publications, eBusiness Strategy director for Belgacom, and he created two internet start-ups, eCom (intranet/extranet) and KyberCo (interactive marketing) which were sold to Alcatel and Virtuaholdings respectively.."